Over the past few years, interest in meditation has spiked. Academics have written books on it, athletes have added it into their training routines, and psychologists have begun to recommend it.

What are practicing Stoics to make of meditation? Irrespective of its popularity, I think there’s a strong case can be made in favor of adding it to the Stoic toolkit. In this piece, I’ll clarify what kind of meditation meshes well with Stoicism and then show how this form of meditation provides a way to practice one of the core disciplines of Stoicism, the discipline of judgement.

In action, this looks like training the ability to sit and watch thoughts and sensations without being disturbed or becoming wrapped up in them.

One way to think about this is in terms of cognitive fusion. Cognitive fusion is a term from acceptance commitment therapy (which grew out of cognitive behavioral therapy, which was inspired by Stoicism). Often the content and the emotion of thoughts become fused such that we see them not as the mental constructs they are, but as objective facts. If someone feels depressed for example, they see the world through that lens. Instead of noticing the depressed thoughts as thoughts, they see them as reality. Similarly, if someone becomes passionately angry, that anger becomes their world. The world is perceived through the internal logic of the anger.

Of course, sometimes are thoughts about the world are accurate, even when fused. The depressed person may be correct — the world is in some respects a dark and unjust place. The angry person may be correct that they were mistreated. But often these thoughts are more often than not, inaccurate. Moreover, it’s one thing to have an accurate thought and another to be stuck in it. One must move on from depression and anger.

This is why it is important to defuse our thoughts and emotions and see them as emotional constructs that may or may not represent reality. This is what Marcus Aurelius is getting at when he says:

Today I escaped anxiety. Or no, I discarded it, because it was within me, in my own perceptions — not outside.

The skill here is noticing that our anxiety is a mental construct. It is not a part of the world. It is not objective fact. The historical Stoics’ realized this years ago.

To get a sense of what this looks like, let’s quickly review the Stoic theory of perception. The historical Stoic philosophers believed that there were two steps involved in perceiving the world: impression and judgment.

Impression is the primary representation, it is the sensation or thought that first occurs. When I view my surrounding room, it appears to me as though there is a cup on the table.

The second step is judgment. At this step, we determine whether our first impression is true and may add a value judgement. I can see a cup on the table and judge that there is, in fact, a cup on the table. I may also judge that this is a good thing, since I am thirsty and would like quick access to water! It is at this step where cognitive fusion may occur.

Don’t tell yourself anything more than what your primary representations tell you. If you’ve been told, “so-and-so has been talking behind your back”, then this is what you’ve been told. You have not however been told that “Somebody has done a wrong to you”.

When we perceive the world, we can do so without immediately adding value judgments to it. As in Marcus example’s, you can perceive someone telling you that someone has been talking behind your back. This is a description of how the world is, nothing more. This is the primary representation. To the primary representation, we may add a value judgement: someone talking behind your back is a bad thing. But we do not have to do this. Subtly, even if we do add a value judgement we can recognize it as a mental construct and refrain from projecting it onto the world as objective thought.

The goal of the discipline of judgement contains within it the idea of nonjudgemental awareness. Seeing the world as it is, clearly and calmly without projecting or getting stuck in distorted thoughts. Through practice, we can recognize and decrease the number of distorted thoughts. Moreover, we can change how we react to distorted thoughts. Given our nature, having such thoughts are inevitable. But all we need do is see them as they are, they are merely mental constructs.

There are multiple ways to practice the discipline of judgement. Mindfulness meditation is one way to do it. When one engages in this kind of meditation one simply sits with one’s thoughts and sensations. The idea is to notice whatever arises clearly and calmly. This is typically done by focusing the attention on the breath or other sensations in the body. By doing this one is practicing seeing mental constructs as they are — just as constructs that is all. If one notices a cognitive fusion, one simply notes what happened and thereby is able to defuse. Thoughts are seen as thoughts, sensations as sensations. That is all.

The process of meditation mirrors the Stoic theory of mind nicely. The goal is to be aware of our impressions, whether they are thoughts or sensations. Instead of “telling ourselves more” and adding value judgements to them, we can view them as they are.

This then is the value of mindfulness meditation: it provides a gym to practice the discipline of judgement. It does this through giving us space to improve the skill of sticking to the primary representation. This skill enables us to decrease cognitive fusion and avoid getting stuck in it when it inevitably arises.

Meditation is easy to practice. You can try it on your own or with guidance. There are many courses or apps you can use, you can use the app I’ve created, Stoa, a meditation and journal app built around Stoic teaching., There are other good options as well. A short five to ten minute meditation may fit nicely within many morning and evening routines.

Of course, meditation isn’t for everyone. No Stoic exercise works for everyone. However, because it involves a skill that is so core to the philosophy, it is worth trying.

I’ll end with a line from Marcus Aurelius.

Is your cucumber bitter? Throw it away. Are there briars in your path? Turn aside. That is enough. 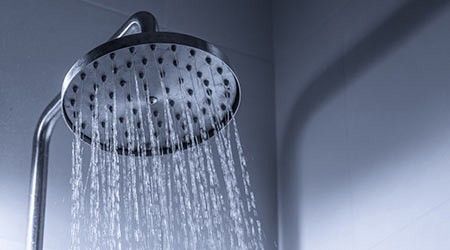 The pros and cons of Stoic voluntary discomfort.