Lean Out by Marissa Orr is a book about women in the workplace. More generally, it's an analysis of how rules can be created to allow specific personalities and visions of a good life to thrive, to the detriment of people with other personalities and other philosophies. And how to change the rules or start playing a different game.

Workplace politics are familiar. If a workplace rewards gossip, making and breaking coalitions, and backstabbing, then people who are good at that will get ahead. People who are not good at that won't and likely won't enjoy their time.

Marissa Orr argues that many corporate workplaces reward bravado, ambition for power, individualism, and disagreeableness -- that is they reward the stereotypical male. This has a cost for women. She states that, in response to this cost, several authors (like Sheryl Sandberg of Lean In) argue that women should conform to this structure. Which is to say, that women should conform to the male stereotype. Instead, Orr argues that gender differences need to be recognized and the structure should be changed.

One interesting aspect of the book, concerns Orr's use of strategies to get into the third person perspective. For instance, to get perspective she imagines Doris, an 80 year old version of herself, wearing a mummu and drinking a glass of scotch. From Doris' perspective a lot of worries, fights, and stress are no big deal. They aren't really important. Think of this as a personal, humorous version of the view from above.

Orr is insightful when it comes to the role of stories in our lives. A lot of the debates over the pay gap and what to do about it are more about the stories people tell themselves, than descriptions about the world. We pick up most of these stories from others. Lean Out is ultimately not about women in the workplace, but leaning into your own stories and living a life in line with your own values.

Lean out doesn’t mean quit your job or check out mentally. It means leaning out of anyone else’s story of who you should be and what a successful career looks like.

Stoicism is a philosophy of life, which simply means a view about how to live well. There are three central ideas: The cognitive model of emotionThe dichotomy of controlThe focus 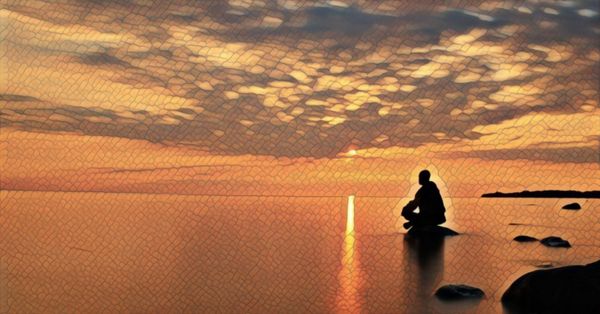 A key Stoic practice is the Contemplation of the Sage. Donald Robertson and R. Trent Codd III describe this practice as "considering the virtues of real or imaginary role models