To experience adversity, is a sign of a virtuous character.

The ancient Stoics thought that this was true because the God's only gave the most challenging tasks to those who could bear them well.

Whether or not you believe in God, how we frame experiences changes what they are.  As Montaigne pointed out:

We are more sensitive to a cut made by a surgeon's scalpel than to ten wounds by sword in the heat of battle.

Suffering is worse when you can't reframe it as serving a higher purpose. The soldier ignores their pain, in part, because it is the expected cost of fighting for what they believe is higher cause. If one believes that misfortune is a test from the Stoic god's then it becomes a challenge to overcome, instead of incurring despair.

There are many meaningful projects we can embark on as humans. We build relationships, families, and civilizations. Each bigger than ourselves. Pain is a part of each. Strife, misunderstandings, and negotiations are a part of any worthwhile relationships. Families are a glorious mess. Civilizations are much easier to destroy, than to build.

Those who contributed to the onward rush of humanity, whether through technology, science, or politics faced powerful adversity. In that way, it is a sign of virtuous character.

So, as you go throughout your life, think about your values, what you'd like to do, and who you'd like to be. If you're focused on a higher purpose, you'll be more like the soldier, who knows that suffering is temporary and part of the plan, and less like the unruly doctor's patient.

Instead of being an obstacle, adversity is a sign that you're spending time on something that matters. 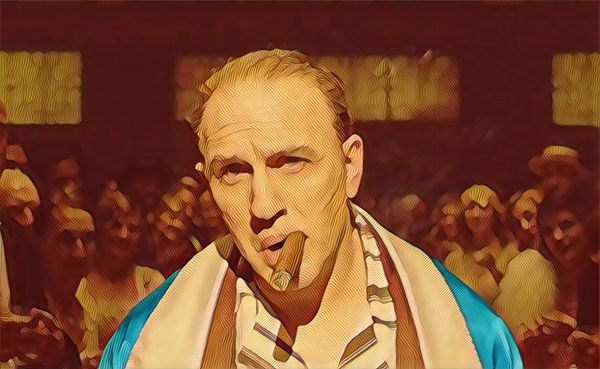 The gangster Al Capone lived a colorful, if romanticized life. He amassed wealth, disposed of rivals, and thwarted the law. But his life ended in a sad mess. Delusional and

Not being able to govern events, I govern myself, and if they will not adapt to me, I adapt to them. Montaigne  Adapt the world to you first. If that