Stoicism is sometimes caricatured as being solipsistic. As being more concerned with the mental world than the actual world. These criticisms are not sufficient for rejecting the philosophy. But there's a grain of truth to them.

Defensive Stoicism orients the philosophy around eliminating the negative emotions. It highlights resilience and conquering the mind as the ultimate Stoic goals. This has its benefits, but focusing on the defensive aspects of Stoicism risks leaving out what is good in the philosophy.

Let's start with what Stoicism is. It's an ancient Greek and Roman philosophy, highlighting virtue as the ultimate good. Its thought was given to us through the writings of former slave Epictetus, the Roman Emperor Marcus Aurelius, playwright and advisor to Nero Seneca, and the fragments of earlier Greek philosophers, like Chrysippus. The Stoics highlighted the role that our opinion of the world played in shaping our experience of it:

If you are distressed by anything external, the pain is not due to the thing itself, but to your estimate of it; and this you have the power to revoke at any moment.

Instead of viewing the world through the lens of our narratives, we should see the world as it is. The Stoics, in particular, Epictetus were vigilant about determining what was under our control and what wasn't:

What's ultimately under our control? Our character. Hence, our lives should be a single minded pursuit of improving who we are. The goal is to become wise, courageous, and just. Rather than achieving external goods like fame or fortune.

This picture can be painted into a purely defensive one.

Let's start with a contemporary Stoic and move to an ancient one. Bill Irvine's recent work provides a useful foil. His books provide an introduction to Stoicism that many have found useful, yet it's easy to read him in a defensive light. For example, he's said things like:

Their goal wasn’t to banish emotion but to minimize the number of negative emotions — such as feelings of frustration, anger, grief, and envy — that they experienced.

His most recent book, The Stoic Challenge recounts story after story of people seeking hardship and recovering. For example, paraplegics are able to live well despite their condition. Even people who experience grave injustices or experience locked-in syndrome can emerge happy. In a climate where some appear to loan out how good their live can be to others, these stories are welcome antidote. But it is a defense posture, one that makes Stoicism about surviving the world.

Irvine opens the book himself recounting a story of him controlling his reactions airport. Stoicism gave him the tools to restrain his negative emotions and manage his cool. But one's left with the question, aren't there more important things than controlling one's temper at an airport? Certainly, one doesn't want to be throwing tantrums, but shouldn't the vision of a philosophy be much more grand?

Let's up the ante and consider Epictetus and the exercise of the jugs:

When anything, from the meanest thing upwards, is attractive or serviceable or an object of affection, remember always to say to yourself, “What is its nature?” If you are fond of a jug, say you are fond of a jug; then you will not be disturbed if it be broken.  If you kiss your child or your wife, say to yourself that you are kissing a human being, for then if death strikes it you will not be disturbed.

This exercise is intense, yet it too can be read as taking the defense angle. Everything is impermanent: that's what this exercise reminds us. Don't foolishly cling too tightly, don't break when things around you do. The exercise of the jugs dispels illusions. And these illusions, apart from being false, cause suffering and lead to poor decisions. Stoicism is, like other ancient Greek philosophies, a philosophy focused on exercising reason for the sake of the true and the exercise of the jugs helps us do this. Still, isn't it more important to love your family than prepare yourself for their departure?

By prioritizing how the philosophy is useful for managing negative emotions, for overcoming hardship one leaves out a positive vision. The trader and philosopher, Nassim Taleb has the line:

Stoicism is about the domestication, not necessarily the elimination, of emotions. It is not about turning humans into vegetables. My idea of the modern Stoic sage is someone who transforms fear into prudence, pain into information, mistakes into initiation, and desire into undertaking.

The above has the right emphasis. Taleb isn't talking about just changing one's own perception of the world. Instead, he's talking about making a material difference and being the kind of person who can make such a difference. To get a sense of how the ancient Stoics thought about this return to their lines on virtue.

First, do nothing inconsiderately or without a purpose. Second, make your acts refer to nothing else but a social end.

Ultimately, the Stoics believed that we only have control over our impulses. I can make decisions, but whether or not those decisions result in the consequences I expect is out of my control. My body can fail me, others can let me down, or the world may have other plans. But this doesn't mean that one can't make it more likely or not that certain consequences don't happen. Our decisions make changes in the world more likely or not. People reading this essay is made more likely by my decision to act on the impulse to write. Even though whether people read is is ultimately out of my hands.  The fact that we have this power is enough to care about being the kind of person who can impact change in the world. And if you're going to be that kind of person, why not seek to do a significant amount of good? Whether it's through reimagining social systems, being kind, founding a company, having a family, researching hard problems, or simply endeavoring to be the best one can be. It's here where an offensive vision of a Stoic can take hold: as someone moving through the world, shaping it, and "dying events with his own color."

Returning to the exercise of the jugs, use it as a reminder to love, not as a preparation for loss. Our time is limited. The project of showing that love is urgent.

Stoicism isn't about reducing negative emotion, it's about cultivating virtue and good judgement. And that project can be an offensive one, just as it is a defensive one. 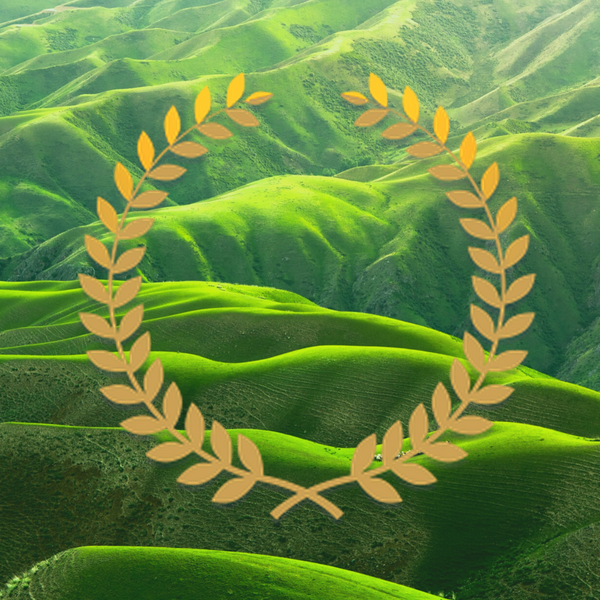 This week, a conversation and a book. Ed LatimoreI'd like to highlight our conversation with Ed Latimore. Ed focuses on teaching stoic street smarts. He has an impressive range of

Ed Latimore is the author of Not Caring What Other People Think Is A Superpower. He's a former heavy weight boxer, been in the United States army national guard, and