The Stoics, like their philosophical rivals, the Epicureans, believed that death was nothing to us.

It was not something to be feared. Nor is it bad for us at all. The Stoic Zeno of Citium said:

This idea has persisted by Stoics today. Massimo Pigliucci says:

Most people shy away from pain, but some voluntarily expose themselves to it in pursuit of a higher goal, such as completing a marathon or passing a difficult exam.

The same goes for death itself: it cannot be a bad thing, because you will not be there when it arrives.

Yet other traditional Stoic dogmas are questioned by the modern Stoics. For example, Massimo Pigliucci and Laurence Becker argue that we should reinterpret the Stoic line to live "according to nature" as to "live according to the facts." Piotr Stankiewicz advocates for even more radical changes. These discussions ensure that the school evolves.

Continuing this tradition, we can ask, are the reasons for believing that death is not bad for us compelling?

Before we do this, recall the Stoic picture of value. At its center lies virtue. Virtue is what is ultimately good. Yet, the Stoics were not cynics. They believed other aspects of life contained value. These things, called preferred indifferents, can be good or bad, but only through virtue. They are not to be traded off against virtue. Consider fine meals, money, or friendship as examples of varying value.

So when we ask, "is death bad?" what is on the table is the idea that death a preferred indifferent. It cannot, on the Stoic view, be advisable to avoid death by sacrificing virtue. Yet, it may still be bad for death to occur, in the same way, that ill health and poverty can be bad. Perhaps, just as we should resist falling into ill health and poverty, we should resist death as well.

So, what do arguments Stoics give for believing that death is nothing to us?

First, Marcus Aurelius notes that death happens to us all:

But death certainly, and life, honour and dishonour, pain and pleasure, all these things equally happen to good men and bad, being things which make us neither better nor worse. Therefore they are neither good nor evil.

The thought is suggestive and humbling. It is a reminder that we all end up in the same place:

Alexander the Great and his mule driver both died and the same thing happened to both.

But it is not a compelling argument. Just because something happens to us, all does not make it valueless. We all have tasty meals (or at least, nearly all of us do), that does not mean that they are valueless. They are preferred indifferents.

Second, death is an operation of nature:

Do not despise death, but be well content with it, since this too is one of those things which nature wills.

The ancient Stoics believed that there was a logos, purpose, or divine reason behind everything that happened. Because there is this purpose behind what happens, death cannot be bad.

But what does the fact that "nature wills" something mean? It is similar to the modern quip that because something "is natural" it cannot be bad. And what does natural mean? On the broadest reading, it could mean "part of the world." But this reading is too broad: everything is natural, and so nothing can be of negative value. This proves too much.

On another reading, what "nature wills" refers to the proper function governing things. Consider a normal artifact like a lawnmower. Their function is to mow lawns. It's good to mow lawns (that is their function) and bad when mowers are broken and can't fulfill that function. We, as rational and social beings, possess functions as well. Yet, we are not meant to fulfill these functions forever. Part of our nature is to expire - we are not immortal creatures.

Here's another relevant consideration: it is worse for a child to die than it is for elderly statesmen. Yet, the ancient Stoics deny this, here's Marcus Aurelius again:

Altogether the interval is small between birth and death; and consider with how much trouble, and in company with what sort of people and in what a feeble body this interval is laboriously passed. Do not then consider life a thing of any value. For look to the immensity of time behind thee, and to the time which is before thee, another boundless space. In this infinity then what is the difference between him who lives three days and him who lives three generations?

What the child and the elder lose are the same - an infinite amount of time. Seneca says the same thing:

Death has no degrees of greater or less; for it has the same limit in all instances, the finishing of life.

But this doesn't seem right. The child could have lived much longer than they did.They could have gone on to live a full life, but were deprived of the opportunity. This was a realistic possibility. The same cannot be said for an elder. Hence, to the extent that we can fight for a life worth living, we should.

Third, we can return to the argument from Zeno: death cannot be bad because sometimes to die is honorable. This is a surprising idea but reveals a common Greek and Roman view. When the king Croesus asked Solon whether he was the happiest man Solon had ever met, Solon said "no", and offered Cleobis and Biton as counterexamples. Their story ended when their mother was to attend a festival for Hera:

Their oxen had not come back from the fields in time, so the youths took the yoke upon their own shoulders under constraint of time. They drew the wagon, with their mother riding atop it, traveling five miles until they arrived at the temple. When they had done this and had been seen by the entire gathering, their lives came to an excellent end, and in their case the god made clear that for human beings it is a better thing to die than to live. ... [Their Mother] was overjoyed at the feat and at the praise, so she stood before the image and prayed that the goddess might grant the best thing for man to her children Cleobis and Biton, who had given great honor to the goddess. After this prayer they sacrificed and feasted. The youths then lay down in the temple and went to sleep and never rose again; death held them there.

There is wisdom in the idea that life should not be extended at the cost of virtue. Yet to have an honorable life, one must live. Death may be appropriate sometimes, but that does not show that it is never bad.

And this brings us to the final argument, the Epicurean argument against the badness of death: death cannot be bad because there is no one it is bad to. Massimo Pigliuci implies that this argument, which the ancient Stoics were familiar with shows the:

This is a complicated issue. But one reason we should doubt is due to the idea of instrumental goods: things that are good because they enable other values. Money is a classic example of this. It is good, not in and of itself, but because it can be used to provide for basic human necessities. Similarly, life is good because it is the precondition for all that is valuable. It is only in life that we can be virtuous. In other words, it is better to practice to virtue than not. And if that is true, then it is worse to be deprived of anything that allows us to practice virtue, like life. If death were not bad, then there would be no reason to prefer being virtue over death - which is absurd. Virtues like courage and justice typically demand that we be alive and breathing! This is a subtle point. Epicurus says that death cannot be bad because there is no one for it to be bad for. Yet, if you is choosing between death and courage, it would be better for you to be courageous. Hence, it would be worse for you to die. If death is not bad, nothing at all could be of value.

So, we've brought the Stoic view of death under question. What would happen if we believed death was bad? Why is this important.

The Stoic reminder to live while we can would retain its force. Recall powerful lines like:

Do not act as if you were going to live ten thousand years. Death hangs over you. While you live, while it is in your power, be good.

What the Stoics said about the urgency of life remains. Indeed, what they say about the fear of death remains as well. Just because death is unfortunate does not mean that it is to be feared.

If death is a preferred indifferent then this opens up the possibility of working on life extension. If death is a terrible thing, then we should prevent to the extent that we can. Of course, this must be done in a virtuous manner.

Most importantly, the attitude of struggling against death has opened:

Do not go gentle into that good night,

Old age should burn and rave at close of day;

Rage, rage against the dying of the light.

Dr. Christian Miller is a philosophy professor at Wake Forest University. His most recent book, The Character Gap, investigates just how good we are (and how we can be better) 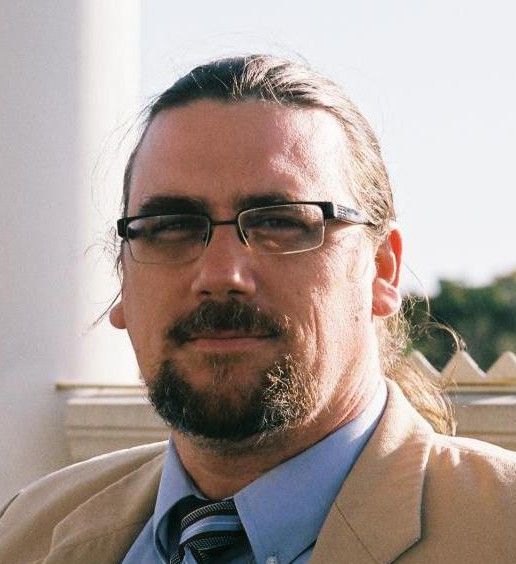 Dr. Gregory Sadler is a prolific public philosopher. He's a teacher, YouTuber, editor of Stoicism Today, and president of ReasonIO. I spoke to him about Stoicism, freedom, and the meaning